The prefix ‘Royal’, or ‘Real’ in Spanish, assumes a certain status, especially when it refers to a sport, as in the ‘Real Madrid’ football team. The same can be said about those fortunate wine producers or wine merchants who can respectfully boast a ‘Royal Appointment’ tag onto their business. The three best known ‘Royal Appointment’ wine merchants in the UK, Berry Brothers & Rudd, Corney & Barrow and Justerini & Brooks have recently been joined by a dynamic fourth, Lea & Sandeman. These classy wine merchants supply the majority of wines that are consumed at the five Royal residences in the UK.

Buckingham Palace is the best known and I was fortunate enough to sit on the Royal Household Wine Committee, based at Buckingham Palace, for over 20 years. All the wines are tasted blind and genuinely chosen by the amount of points that each member gave each wine. The chosen wine was the wine given most points. Occasionally, a fellow committee member might argue for an underdog. Occasionally he might win. Democracy at work!

After 21 years, my time was up and Michel Roux Jr, of Le Gavroche, took my place.

Sherry was enjoyed at these royal residences, but not in great variety. During my time, the preferred brand was Domecq’s La Ina fino which was the aperitif of choice.

Today, however, the most exciting ‘Royal Appointment’ sherry stronghold is the luxurious Fortnum & Mason store in Piccadilly. (Funny how all five ‘Royal’ companies I have mentioned have an ‘&’ in their brand name). Henry Lloyd, private client specialist, is an irrepressible, self-confessed sherry aficionado, working in their wine department. He lives and breathes all the different nuances of sherry and we, the consumers, are all the better and healthier for it.

Henry tells me that ‘sales of premium sherries at Fortnum’s have risen year on year for the past five years, with 2019 recording an 8% increase’. This is heady stuff. Henry points me in the direction of old, revered wine lists, such as the one from 1849, where ‘pure amontillado’, at 72 shillings per dozen, is priced just below Châteaux Latour and Lafite at 80 shillings per dozen. Wow!

Henry also comments: ‘What is particularly interesting in these early price lists, is the praising of sherry as a wine that you could serve across a whole meal from start to finish – and with the plethora of sherry friendly foods that we currently stock in our Food Hall, there are a multitude of pairings at hand today. We now stock ‘jamons’ from four different regions in Spain and often place a bottle of fino on the charcuterie counter to encourage this classic pairing.’ Henry also extols the virtues of fino and sushi.

To achieve their esoteric sherry range, F&M partner closely with the oldest sherry firm (founded 1650) currently under the name of Bodegas Tradición, and with selected old established almacenistas via the gem-discovering négociant, Viniberia. 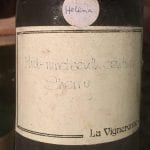