Bordeaux’s massive red vineyard is dominated by the Merlot-Cabernet axis. Of the 98,888 hectares (2018 figures) of red plantings (89% of the total AOC surface area) 66% are planted to Merlot, 22% Cabernet Sauvignon and 9% Cabernet Franc. Do the maths and you’ll see that doesn’t leave a lot of space for anything else.

However, this does not mean to say that little thought is being given to other grape varieties. Global warming, the consequent change to the growing season and increase in levels of alcohol, plus political and public pressure to reduce chemical sprays and the simple desire to create an alternative expression, have pushed the subject to the forefront of growers’ concerns.

Forward thinking producers like the Ducourt family in the Entre-Deux-Mers have been experimenting with a disease resistant cross, Cabernet Jura (and Cal 6-04 for a white wine), since 2014. Reducing the number of treatments in the vineyard has been their chief concern, the wine labelled as ‘Vin de France’.

And in 2019 the Bordeaux and Bordeaux Supérieur winegrowers’ association, which represents a good half of the production of Bordeaux, approved the use on an experimental basis (maximum 10% in a blend) of Arinarnoa, Touriga Nacional, Marselan and Castets for red blends, and Alvarinho, Petit Manseng and Liliorila for white. Authorization from the ultimate authority, the INAO (Institut National de l’Origine et de la Qualité), is still pending. The argument put forward by growers is that these varieties could be more adaptable to a change in climate.

The problem is that the majority of these grape varieties are unconnected with Bordeaux and the style of wines produced in the region. Is a taste and tenor that has taken several centuries in the making going to be thrown away overnight? Perhaps a better solution would be to take another long, hard look at grape varieties with a legitimate historical connection.

Carmenère, Malbec and Petit Verdot are permitted in most appellations in Bordeaux but by 2000 there were, respectively, only four, 966 and 375 hectares in the region. The figures (2018) have since increased to 56, 1,791 and 1,093 hectares so some interest has already been rekindled.

Carmenère appears too fickle but with improved viticultural techniques and better plant material Petit Verdot and Malbec have plenty to offer. The attributes of the former include colour, acidity, sugar potential, tannin and a resistance to downy mildew. Malbec also has colour and, if not over-cropped, a freshness and fruit that appeals to today’s market.

Digging further in to Bordeaux’ historical past, David Barrault of Château Tire Pé has planted the forgotten varieties Castets and Mancin from which he makes the cuvée L’Echappé (Vin de France). Peppery and fresh with relatively low alcohol these varieties, too, could offer another perspective for the region.

Geography: Located on the 45th parallel, Bordeaux borders the Atlantic Ocean. It is the largest fine wine district in the world with over 110,000 hectares (270,000 acres) under production. It has a maritime climate with moderate sunlight hours, relatively high humidity and hot summers. Frost and hail are climatic hazards.

Viticulture: Vine densities vary from as much as 10,000 vines/hectare in the communal appellations of the Médoc to 4,000 vines/hectare for generic Bordeaux. Water balance is a critical element, best achieved with gravel, clay or limestone soils. The fungal diseases, oidium (powdery mildew) and mildew (downy mildew) are the scourges in Bordeaux’s humid climate.

Winemaking: Bordeaux is at the cutting-edge of winemaking so all manner of methods and equipment can be found. ‘Restraint’ is probably the key word now after the years of exaggerated extraction and overuse of new oak barrels.

Regions: ‘Left bank’ west of the Garonne river (Médoc, Pessac-Léognan, Graves, Sauternes); ‘Right bank’ north of the Dordogne river (St-Emilion, Pomerol and their satellites); Entre-Deux-Mers or between the two rivers (home to the majority of generic Bordeaux). 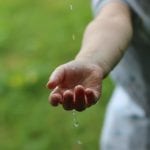