It is often said that the wines of Margaux are more perfumed and less powerful than those from Saint-Estèphe, Saint-Julien and Pauillac, but within the appellation the wines vary still further in style due to the differences in terroir and the characteristics that emerge following the increasingly specialized blending process. All six of the châteaux I visited – Durfort-Vivens, Margaux, Brane-Cantenac, Rauzan-Ségla, Rauzan-Gassies and Lascombes – now harvest and vinify sections of individual vineyards deemed to have unique characteristics in separate tanks, a practice unheard of 30 years ago.

In January, the technical team at each château conducts comparative tastings of all the vats, grading them from A+ to C– to determine the composition of the first, second and (in some cases) third wines. Clearly a lot has changed in Bordeaux in the span of 50 years. ‘When I was a kid,’ recalled Gonzague Lurton, owner and winemaker at Durfort-Vivens, ‘my brother Thierry and I toured around all of the Médoc by bike collecting old wine labels. You could just push open the door of the cellar, like it was in the 19th century.’

Serious investment and, in many cases, ownership changes at the five second growths I visited have enabled them to make wine that is truly worthy of grand cru classé status. The grape quality is better than ever now that the clones that were ubiquitous in French vineyards in the 1960s and 1970s have largely been uprooted and replaced with top-quality grafted vines that have been chosen and propagated using massal selection. When most Bordeaux producers replant today, they do so at a vineyard density of around 10,000 plants per hectare, rather than the previous standard of 6,000, thereby encouraging healthy competition between the vines, which then drive their roots deeper.

Changes have taken place in the cellar as well. The new vat room at Château Brane-Cantenac emphasizes wood over concrete, utilizing a system of underground pipes known as Canadian wells to further reduce the carbon footprint. These pipes circulate outside air throughout the cellar to regulate temperatures and cut electricity use.

Other innovations are aimed at protecting the purity of the fruit. Château Lascombes has been using the OXOline barrel rotation system for 20 years now, which allows for bâtonnage (lees stirring) to take place automatically. The goal is to reduce oxidation by eliminating the need to open each barrel and stir the wine by hand. More recently, Château Durfort-Vivens has invested in terracotta pots to age a third of its first wine. The belief is that the porosity of clay will allow the wine to breathe while preserving freshness. Throughout Margaux organic and biodynamic winemaking are now the rule rather than the exception.

Though there isn’t an easy answer to the question of which vintages to choose for a Margaux party, it is interesting to note that all six winemakers hesitated to recommend the great vintages. ‘Everyone is speaking about Rauzan-Ségla’s 2018,’ said technical director Nicolas Audebert. ‘It’s a bomb. The critics gave it 100 points. It’s impressive and you say, wow! But it’s not our style.’ Dominique Befve, general manager at Lascombes, noted that the ‘mediatique’ wines are safe to bring to parties because their reputation precedes them, though he prefers the less-discussed vintages. ‘For me the ’04 and the ’01 are better. The technical decisions were more important for these vintages. In ’05, ’09 and ’10 all the châteaux made good wine.’

Regardless of vintage, it is subtle elegance that we should look for in Margaux’s top wines and this requires patience from the taster, so turn off your phones, forget about everything but what is in your glass, and drink slowly to let the wines reveal themselves. ‘When you put Château Margaux on the palate,’ said technical director Philippe Bascaules, ‘you are not impressed. To me that’s good. I don’t want to have a big impact at first. The power is expressed with time. It can be after 10 or 20 seconds. It can be after 15 minutes in the glass. It can be 20 years later in the bottle. When you have a great product in front of you, I think you need time to appreciate it. Like people, the most interesting wines are the ones that don’t give you everything immediately.’

Read the first part of Bringing Margaux to Life here.

Bringing Margaux to Life (Part One) 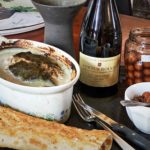 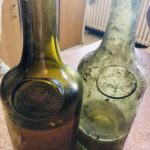 Secrets of the Jura
Join our newsletter