In common with many drinks that enjoy international fame, sherry has, in its history, formed the basis for cocktail or aperitif type drinks. The two most famous are the Sherry Cobbler and the Rebujito. In May 2007, I published an article ‘Rebujito, an English invention called Sherry Cobbler’ for a local newspaper La Voz de Jerez (now defunct). This was the first article on this subject linking the two drinks together and suggesting that Rebujito was a later drink, influenced by the international popularity of Sherry Cobbler.

The Rebujito is mentioned on the online resource, Wikipedia, as ‘a cocktail invented in Andalusia that mixes sherry (normally fino or manzanilla) and soft drinks, typically white lemonade and soda’. Curiously, there is no mention of the on Sherry Cobbler.

A Rebujito has been described as a refreshing ‘novelty’ drink arising from one of the great spring festivals held in Andalusia (either in Granada or Seville). In my article, I include a Victorian engraving from England (around the end of the 19th Century) showing a couple sharing a Sherry Cobbler, which was described as being based on carbonated water, lemon juice, perhaps lime and sugar, adding sherry wine and crushed ice. The drink was presented with two straws, it being customary to share the drink as a couple, and, in this way, the faces of the couples could almost touch each other. This would have been considered very daring in Victorian times when chaperoning of couples was the norm. Additionally, both straws and crushed ice were novelties in the second half of the 19th century.

The historian Carmen Borrego wrote on her book El Jerez, hacedor de cultura (2009): ‘Curiously, its composition reminds one of a very similar drink, the Rebjuito, which is currently widely consumed, especially in the fairgrounds, and according to Jiménez García, it could be said that “it was as refreshing as enjoying a pleasant breeze”.’

It is not certain who created or named the Sherry Cobbler – both English and North Americans claim the honour. Specialists date its origin to around the 1820s and 1830s when, after a short time, its consumption, both in the New World and in Europe, increased rapidly and it became a fashionable drink, particularly amongst the upper classes. Various prominent Americans enjoyed a Sherry Cobbler: the fifth American president, James Monroe, was reputed to drink it often.

References in Literature and Culture

As a fashionable drink, the Sherry Cobbler became widely cited in literature and culture. In 1888, the American Harry Johnson wrote in his Bartender’s Manual: ‘This drink is without a doubt the most popular beverage in this country, with ladies as well as gentleman. It is a very refreshing drink for old and young.’

Charles Dickens himself would echo its fame in many of his writings. In his novel The Life and Adventures of Martin Chuzzlewit (1843–44), there is an affectionate reaction: ‘This wonderful invention, sir,’ said Mark, tenderly patting the empty glass, ‘is called a cobbler. Sherry cobbler when you name it long, cobbler, when you name it short.’

Another famous author, Jules Verne, included a reference in From the Earth to the Moon (De la Terre à la Lune, 1865), when he describes the preparations for the launch of the rocket and the numerous and varied public attending such a curious event: ‘Everyone chattered, argued, discussed, disputed, applauded, from a gentleman lounging upon the bar-room settee with his tumbler of Sherry Cobbler before him, down to the waterman who got drunk upon his knock-me-down in the dingy tavern of Fell Point.’

In another of his novels, The School of Robinsons (L’École des Robinsons) (1882), Verne wrote: ‘Where were the “mint julep”, the “port wine sangria”, “the Sherry Cobbler” which…were served him at all hours in the bars and taverns of San Francisco?’

There are further and varied mentions of Sherry Cobbler in American and English literature from the second half of the 19th century and later. We find it mentioned in works by Nathaniel Hawthorne, such as The Blithdale Romance (1852): ‘I had rung the bell and ordered a Sherry Cobbler.’
Henry James, in his short story, An International Episode (1877), describes a scene from New York: ‘It was very hot when the Captain was here; he did nothing but drink Sherry Cobblers.’ John Fowles’ famous book The French Lieutenant´s Woman (1969), set in Victorian England, also references the drink: ‘…the White Lion´s best cobbler, a velvety concoction of sherry and brandy that cause many a Victorian unloosing of the stays.’

Looking at the press of the time provides graphic material, such as engravings, illustrations and cartoons, all complimenting the literary texts quoted. The oldest is published by the English satirical magazine Punch with the artist John Leech’s 1847 illustration of the booth of a London pub: a poster announces the Sherry Cobbler, and another a port combination; two snobbish gentlemen are having a chat; on the table there are two glasses with their respective straws.

Punch featured many similar cartoons. For example, from the same artist in 1858, a romantic moment is captured with an elegant couple sharing their Sherry Cobbler. In 1849, another of Punch’s graphic contributors, John Doyle, drew a humorous cartoon in which a group of convicted men are prospecting a field for gold in California. In a booth, Sherry Cobbler is offered at $60, described as ‘very cheap’.

Such images are not confined to the USA and the UK, the book Vida y Milagros del Vino de Jerez by the Spanish brothers Cuevas (1979) includes an image of a loving couple sharing a drink. At the foot of the engraving, without further explanation is the caption: ‘The Sherry-Cobbler. From an early Victorian print.’

One of the most beautiful of all is the work of Paul Gavarni, a famous French cartoonist. As a result of his trip to London in 1849 he produced ‘London Sketches of Life and Character’: one of the engravings is entitled ‘Sharing a Sherry Cobbler’, which is accompanied by a text signed by Albert Smith, publisher of the work. Again, a young man and woman drink with their straws from the same glass. While he is engrossed in the glass, she casts a demure glance at the viewer. In the background, a group of couples dance a cheerful polka.

Additionally, in France, three other engravings show the international fame of the Sherry Cobbler. During the Universal Exhibition in Paris in 1867, the North American pavilion consumed 500 bottles of sherry wine in a day. Much of this would have been in the form of the Sherry Cobbler – which would have been especially refreshing in the summer period. The ideal place for this was the American Bar, and Jules Renard (better known under his pseudonym Draner) produced in his publication ‘Souvenirs of the Universal Exhibition’ an attractive coloured lithograph  showing a dandy leaning his back on the counter while in one hand he holds a glass from which he drinks with a straw. The dandy’s top hat illustrates his stature. Behind him stands a waiter, and at the bottom of the drawing it reads: ‘Two free men, one prepares it, the other drinks the Sherry Cobbler.’

As said before, this fashionable drink was popular amongst the upper classes and people who considered themselves ‘rather grand’. This is seen in the engraving by Joan Berg for Le Courrier Français, dated May 20th 1888. A mature man is accompanied by a young woman in a section of the L´Eden Concert, in Paris. A cartoon by Carsten Ravn, published in the Spanish version of the French Le Pelé-Melé (September 1903) shows an upper class gentleman with his Sherry Cobbler.

When something becomes habitual in our consumption, and reaches broad layers of society, it is then widely adopted throughout our culture, and we see it included not only in literature and graphic arts but also in music and cinema.

For example, the Library of Congress in the United States keeps the score of a polka composed by C A Lopke in 1853. It is entitled Sherry Cobbler. The Sherry Cobbler also appears in the cinema, for example in Samuel Fuller’s 1952 film Park Row. The film is set in a central area of Manhattan frequented by journalists; the local hostelry offers its patrons Sherry Cobblers.

In Paris, famous for its bohemian lifestyle in the late 19th century, there was an establishment known by the name of ‘Sherry Cobbler’. This café, located on the Boulevard Saint-Michel, was frequented by young artists. Among them Mallarmé, Alphonse Allais and Villiers-de-L’Isle-Adam.

The Rebujito is also a refreshing drink that has enormous popularity at the Andalusian festivals, especially in Seville, Córdoba, Granada and Jerez. Many have concluded that the drink originated here, without knowing of the previous existence of the Sherry Cobbler. The Rebujito became the most popular cocktail or aperitif for these events becoming particularly widespread from the 1980s, although much earlier references exist.

Because of its popularity, some wineries made their own version. For example, Espadafor, in Granada, launched Sarandonga in 2012. González Byass had a version called Tíobujito.

Unfortunately both brands, Sarandonga and Tíobujito, had a short existence. However, examples of sherry and fruit based cocktails or aperitifs are still being developed, for example Croft Twist, a mix of fino, elderflower and sparkling water. Any takers?

Translated into English, from Spanish, by Anne Lancaster and Tomoko Kimura. 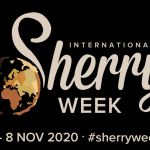 Sherry: Raise a glass together 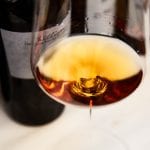