Geography: Located between the 34th and 42nd parallels, Greece has a true Mediterranean climate and is surrounded by four different seas, with more than 3,000 islands. According to the Wines of Greece Association, there are nearly 1,300 wineries, 61.5 thousand hectares of vineyards, and they produce around 2.5 million hectoliters of wine annually.

Grape Varieties: Greece has 300 indigenous grape varieties from which it produces 90% of its wine, with the remaining 10% coming from adopted international varieties. The most widely planted Greek grape varieties are: Savatiano (white); Rhoditis (rosé) and Agiorgitiko (red). However, the most well-known are the white Assyrtiko grape and red Xinomavro, because these are the most widely exported. The island of Santorini is most famous for Assyrtiko, which makes up 70% of is production.

Viticulture: Due to is drier climate, many of the vineyards in Greece are farmed organically. Trellis systems range from the modern VSP (vertical shoot position) to natural bush vines. The most famous and unique trellis system adopted is the ‘Kouloura’, where the vine is pruned into a wreath shape that lays flat on the ground, and is mostly found on the windy volcanic island of Santorini.

Winemaking: White wine accounts for 61% of production and red/rosé wine 39%. Many of the wines are designed to pair with Greek cuisine, with a focus on seafood, fresh vegetables and lamb. Natural winemaking is quite common amongst small producers, who have found a market exporting their wine to wine shops and wine bars and specialists around the world. The ancient wine ‘Retsina’, fermented with the addition of pine resin, is still made in Greece and is beginning to gain popularity again after a period of declining interest.

Regions: Greece is roughly divided into four major regions: the North composed of Thrace, Macedonia, Thessaly and Epirus; Central Greece including Sterea, the Peloponnese and the Ionian Islands to the west; the Aegean Islands where Santorini resides along with Rhodes, Samos and other winemaking islands, and the island of Crete. 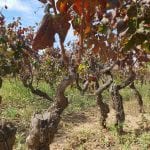 The Rosés of Italy’s Salento Peninsula
Join our newsletter