‘Reading this book for the first time, I was struck by how much the wine world has changed over the past half century, as well as by how much Broadbent still influences the way we taste and appreciate wine.’
The Washington Post

The world of wine has changed beyond recognition in the 50 years since Wine Tasting first appeared. But the groundbreaking principles that Michael established for tasting hold as good today as they did then, and will be of inestimable value to anyone interested in capturing the magic of wine for themselves. A true classic.

The book that began it all: Michael Broadbent’s definitive guide republished as a special Commemorative Edition with contributions from friends, colleagues and family, plus a unique insight into the author’s artistic and musical talents.

Before the first publication of Wine Tasting in 1968, appreciating fine wine was a pastime enjoyed by the privileged few: there was no set methodology for comparing one wine with another, and no common vocabulary by which tasters could compare notes or pass on their knowledge. Michael Broadbent changed all that. By following his detailed approach to wine tasting – taking in all we see, smell and taste – he brought an appreciation of wine’s true qualities within everyone’s grasp and launched an industry that has never looked back.

This special Commemorative Edition of Wine Tasting contains the original text from the 1975 edition, prefaced by a series of introductions by Hugh Johnson, Jancis Robinson, Steven Spurrier and the late Gerard Basset assessing Michael’s enormous influence on the wine world. There are also contributions from Paul Bowker and Fritz Hatton on Michael the wine auctioneer, and intimate portraits from his son Bartholomew and grand-daughter Leaf on Michael the family man.

The book concludes with three essays – by Hugh Johnson on how Michael the writer transformed the world of wine writing, by Charles Marsden-Smedley on his considerable achievements as an artist, and by Jonathan Freeman-Attwood on his love of music, both as listener and accomplished performer.

Be the first to review “Wine Tasting” Cancel reply

Michael Broadbent was the Chairman of Christies in London as well as the founder of their Wine Course which is still taught today after 40 years. He was a wine merchant and auctioneer of world famous renown, and the first Honorary President of the Wine & Spirit Education Trust, and President of the International Wine and Food Society. He published many books on wine, and was awarded many prizes and honours for his contribution to wine globally and for his books. 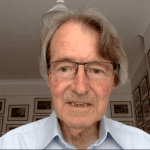 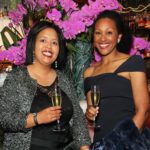 The Winners of the Golden Vines Awards
Join our newsletter