Questions asked and some answered…

To fully answer the question ‘is Bordeaux better than burgundy?’, I shall sadly never have a cellar (or pocket) deep enough. But there are wine writers from across the ages who have had access to the best of these fabulous wines (we’re talking family money here, stately homes with cellars stacked with Lafite, and colleagues who happen to be Burgundy merchants). Our own Steven Spurrier has done some convincing research into the matter too.

Our new book, In Vino Veritas, gathers in some of the arguments for and against Burgundy and Bordeaux, mostly judging the latter as a safer everyday bet. The analogies run to Bordeaux as ‘the flute’ while burgundy is represented by everything from the ‘grated scrannel pipe’ to the ‘sublime recorder’. But which is better..?

In Vino Veritas also raises the question should we decant our red wine or not? Is decanting just a way of showing off the Waterford crystal. And would our wines (like the Burgundy in Ian Maxwell Campbell’s tale) reabsorb their own sediment if given time and their own devices? Jane MacQuitty has the definitive answer to this question!

One of the most intriguing queries for me concerned port, and whether or not it should be fortified.  It should be, of course, because that is what makes it ‘port’ – the addition of brandy to arrest fermentation allows its rich, ripe fruit flavours, its ability to age for many years in bottle gaining great complexity, and, back when it mattered, meant that the wine could be transported in barrels at sea for weeks and come to no harm. As a fortified wine, port is one of our much loved classics.

But two gentlemen of the 19th century, the journalist Cyrus Redding (writing in 1833) and port merchant Baron Joseph Forrester (1844), were adamant that the grapes of the Douro Valley should be fermented as normal red wine and not contaminated with spirit. Cyrus’s view was that the ‘middling classes . . . seem to prefer the juice of the grape the more it resembles the product of the still rather than of simple fermentation’, calling fortified port ‘decidedly injurious to health’. He thought that having to age the wine before drinking it was all part of the ‘mischief’: ‘To get rid of this liquid fire, the wine must be kept a dozen years, and ruined in flavour, when it might be drank in half the time by omitting the brandy.’

Cyrus Redding and Baron Forrester did not get their way. The all powerful Douro Wine Company (in charge of every aspect of port production from the vineyards of the Upper Douro to the cellars of Vila Nova de Gaia) persevered, and port became the drink we know and love. Baron Forrester successfully mapped the vineyards and banks of the Douro enabling the first accurate classification of the area (published 1848) but sadly he was drowned in a boating accident in 1861 (the ladies who were will him survived, held up in the water by their crinolines). So, influential as he was, he was never able to banish fortification of port.

In In Vino Veritas Dirk Niepoort (winemaker of the much-loved port and head of the Niepoort merchant house, established 1842) explains why he thinks Cyrus and Baron Forrester were right – and wrong. Dirk believes that not all port should be fortified, as the grapes of the Upper Douro have wonderful character traits unique to the area, and they should be celebrated as table wines. Dirk makes quite a few of these himself – witness Redoma, Batuta, Doda and Charme. For the remainder of Dirk’s opinions, dip into In Vino Veritas and find out more!

Susan Keevil is Editor at the Académie du Vin Library. She has been a wine writer and editor for over two decades, hooked on the subject ever since she was a ‘cellar rat’, cooling Chardonnays at Rosemount in Australia’s Hunter Valley. Dabbling in wine and wine words is her ideal day. 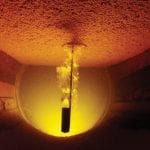 Eat, Drink and Be Sherry No 4 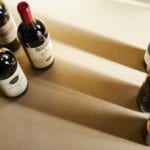 Why Super-Tuscans Have Fallen from Fashion