Stellenbosch: Too Perfect to be Interesting? | Académie du Vin Library

Stellenbosch: Too Perfect to be Interesting?

Stellenbosch is the one Cape wine appellation that even the most amateur of wine amateurs could probably mention by name at a wine quiz. While the country’s first vineyards were planted in and around Cape Town within a few years of the Dutch settlement in 1652, Stellenbosch – little more than half a day’s ride from the de facto capital – became the agricultural centre of the colony within a few decades. Land was plentiful, water ample and a steady supply of slaves from the East ensured adequate availability of labour to tame the African savanna.

The result was that the area developed a little like the Médoc, and at much the same time. Within a century or so the landscape was littered with the Cape Dutch houses that are as much an icon of South Africa’s wine country as the mountains which surround it. The families who successfully established themselves there engaged in mixed farming activities: grain, vegetables and animal husbandry to supply the fleet of the Dutch East India Company; grapes, for wine and brandy, partly for their own needs, but also because alcoholic beverages were an easy sell to the passing ships.

This situation prevailed for several centuries: over time, the British garrison replaced the Dutch, the British market (with the benefits of Imperial Preference) the Dutch East India Company, the gold and diamond mines, the custom of the sailors lost to the Cape once the Suez Canal transformed the sea route to India. There was never much incentive to produce great wine.

Change came at the end of the 20th century. Following the election of Nelson Mandela South Africa ceased to be a political pariah and demand for Cape wine grew dramatically. In 1990 exports totalled 20 million litres; 20 years later this volume had increased 20-fold. Most of what left the country was destined for the cheap-and-cheerful segment of the trade. However, at these price points many of the large Stellenbosch properties were no longer economically viable. The old families sold out. The estates that were on the flat, mainly alluvial soils of the valley floor were largely taken over for real estate and tourism development. Those on the steep slopes surrounding the town were acquired by new capital keen to exploit the viticultural potential and ready to up their game to generate the kind of income necessary to justify the investment.

Twenty five years later many are producing very fine wines: Cabernet and Cabernet-based blends, Chardonnay and wood-aged Sauvignon Blanc – all in the kind of volumes more appropriate to a Bordeaux château than a Burgundy domaine. The problem is that there’s very little media appeal to this achievement: international wine writers, and even the local wine journalists, prefer to focus on the edgier, admittedly more innovative, wines.

Almost as accessible to visitors as Stellenbosch, but infinitely more rustic, the Swartland has been getting the lion’s share of the editorial. Its point of difference lies in the hand-crafted artisanal message, wines made from small parcels of often ancient vines in the bleakest and most savage environments. It seems the professionalism and perfection achieved by the top Stellenbosch estates cannot match this appeal. 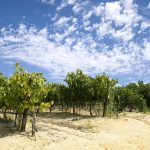 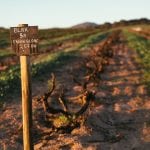