It’s been a busy month. Our commemorative edition of Michael Broadbent’s seminal Wine Tasting continues to draw praise and we will be launching Sherry – Maligned, Misunderstood, Magnificent! by Ben Howkins in September.

This month, when people’s minds have been on Wimbledon, Britain’s choice of a Prime Minister or getting ready for the holidays, on July 10th in the historic Napoleon Cellar at Berry Bros & Rudd’s No 3 St James’s Street premises, we launched our second book, 10 Great Wine Familiesby Fiona Morrison MW. Fiona is married to Jacques Thienpont, who created Le Pin in Pomerol, and is first cousin to Alexandre Thienpont of Vieux Chateau Certan and Nicolas Thienpont of châteaux Puygueraud, Charmes Godard and Pavie Macquin (amongst others), so of course the Thienpont family has their own chapter and of course magnums of Le Pin 2008 were there for our guests to enjoy.

Each of the nine other families – Egon Muller, Familia Torres, Comte Liger-Belair, Weingut Emmerich Knoll, Alvaro Palacios, Angelo Gaja, Jean-Pierre and François Perrin, Lamberto Frescobaldi and Dirk Niepoort – had sent treasures from their cellars to London and representatives of no fewer than six of them were there in person. Fiona modestly describes her wonderful book as ‘a tour through Europe’, but Hugh Johnson is more precise, praising it as: ‘A book from a viewpoint no other writer, as far as I know, has ever possessed: a seat at the heart of the action.’

This sums up where our authors sit – at the heart of the action – and their tales are what we want our readers to enjoy, so with this in mind we will be launching a membership club in September, where members can receive not just special rates on the books hot off the press, but monthly ‘correspondence’ (we prefer this word to ‘blog’) from our friends all over the world, whose ears are as close to the ground as their lips are to the rim of a tilted glass.

There is much pleasure to anticipate from the Académie du Vin Library. 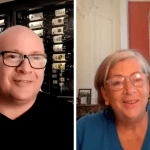 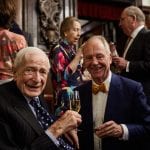