The Rosés of Italy’s Salento Peninsula

Puglian rosé (rosato) has deep roots. There is even a local family name Rosato. Recognition in the wider world for the rosati of the southern part of the Salento peninsula can be traced back to 1943, when a twist of fate brought American General Charles Poletti to the region. In need of army supplies, he tried, and loved the rosé of local producer Leone de Castris. As the war drew to a close, the general decided to ship the wine back to America, but with bottles scarce at the time the empty beer bottles left around by American soldiers were used. The wine, called Five Roses, became the first Italian rosato (probably one of the first in the world) to be bottled and exported, and it is still a major player in the Puglian rosé market. Leone de Castris went on to instigate a DOC for the vineyards around his village of Salice, and in 1976 Salice Salentino DOC was created.

This small appellation lies equidistant (around 30km either way) between the Adriatic Sea to the northeast and the Ionian Sea to the southwest. With its extensive coastline, this is a region of magnificent beaches, not swimming pools. The flat, somewhat bleak, landscape is exposed to the cooler northeasterly and hotter southwesterly maritime winds. Its fields are interrupted by villages of low, square houses, dominated by ornate churches and solitary farmhouses called masserie.

The soil is a mix of limestone, sand and clay with higher percentages of limestone contributing fresher acidity and clay soils, with their essential ability to retain water in the hot dry summers, giving greater weight to the wines. The vines, many old, are trained high, using the albarello (little tree) method, a style dating from the ancient Greek colonies. Despite the potential for wind damage, it is the large, leafy canopy that protects the grapes from the sun.

The rosés can be 100% Negroamaro (possibly a variety of Greek origin) or can have up to 20% Malvasia Nera di Lecce in the blend. This mix dates from the traditional field blend of grapes. Malvasia contributes an extra fruitiness to the wine and can compensate with ‘body’ if the Negroamaro has been harvested earlier for fresher acidity. Negroamaro berries are small and fruity, with naturally good acidity and thick skins. Longer maceration extracts the tannins in the skins, resulting in quite hefty red wines. There are various styles of rosé ranging from traditional, full-bodied rosés bled (salasso/saignée) off the red wines; fresher rosé with some extended maceration; more modern pale styles with minimal skin contact, and some excellent sparkling wines. Salento rosés, with their copper-pink colour, have notes of raspberries, strawberries and cherries with, sometimes, floral notes (emphasized by the Malvasia), balanced by firm mineral structure, long saline acidity and a hint of tannin. They are amazing wines to accompany food and age extraordinarily well – the oldest I tried was from 1976!

Look out for the wines of Feudi di Guagnano, Cantele, Cosimo Taurino, Francesco Taurino and Apollonio (who also make an intriguing rosé aged in acacia wood).

Geography: The region has the longest coastline (800km) in Italy, with the Adriatic down its eastern coast and the Ionian Sea along the western edge of the Salento Peninsula. The Peninsula is around 60km wide, contributing to a strong maritime influence and a perceptible saline quality to many wines. The climate is moderated by cool Bora winds blowing south across the Adriatic and hot Sirocco winds blowing north from the Sahara.

Viticulture: The geology is largely limestone, sand and clay, the latter valued for its water retention. The traditional form of vine training is the high albarello (little tree) system, an ancient Greek tradition designed to shade the berries from the sun.

Winemaking: Historically the region produced high alcohol strong red wines which were sent north to bolster weaker red wines. In the past years there has been a big increase in quality. Even so, many reds still have alcohol levels of 14% abv and above. Wine styles range includes reds (80%), rosé and white still white, sparkling and sweet red and white wines.

Regions: There are twenty-six appellations and a considerable number of IGP denominations. The northern region is similar to the wines of Abruzzo, with increasingly distinctive wines in the Salento Peninsula, made from rare indigenous varieties. 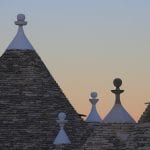 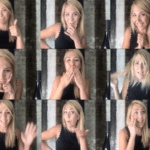