The next time you gaze at the wine wall in your local supermarket, imagine each bottle as a person with dreams and aspirations. In the Provençal wine region of Bandol, a lot of those people are women, who may work alongside the men at family wineries but in many cases make the wine or tend the vines alone. Since a good wine tastes even better when you know something about its creators, here are some stories from Bandol’s vigneronnes.

Domaine de la Ribotte dates back to 1972 and Laurence Desblaches lays claim to being Bandol’s first female winemaker. After years of working alone, she now shares the duties with her son Nicolas. She was secretive about her cellar methods, but opened up when the discussion turned to the joy of blending wines with her son. At the end of our tasting, she produced a scrapbook brimming with clippings just as a couple arrived in a BMW. She stopped at a clipping of a Jancis Robinson review of Provence rosé in which Domaine de la Ribotte’s offering had been singled out as the year’s best. ‘Do you know this woman? She’s famous!’ said Laurence. I nodded, and the couple shrugged, smiled then went back to their BMW with some boxed wine. While some customers may be unaware of Laurence’s reputation, it is certainly deserved. I tasted three fine rosé blends from 2020, though only she knows for sure how they were made.

Not only was I welcome in the cellar at Château de La Noblesse, but I received a precise explanation of how Agnès Cade presses, pumps, ferments and racks alone while her father, Henri Gaussen, is at work in the vineyard. Agnès talked about the differences in shape and texture of the leaves of each grape variety and segued into a reminiscence of her lifelong love for nature and country life. She marveled at the number of women involved in winemaking in Bandol today, wondering aloud at whether this is because men are more openminded in the south of France or because they are lazy and prefer to let the women do the work. Agnès has an infectious laugh and time passed quickly in her company.

Next door at Château Jean-Pierre Gaussen, Agnès’s cousin Mireille works with her father, for whom the winery is named. They strive to make wines that can be enjoyed young, though customers are consistently surprised by the cellaring potential of their red: ‘When people tell me that they drank a bottle from 20 or 30 years ago and it was great, well, it’s wonderful. The people come back and they are happy.’ No doubt the happiness comes partly from Mireille’s smile, which would light up the darkest of cellars.

Domaine de la Tour du Bon is another family winery and Agnès Henry-Hocquard is in charge. ‘Here it is not very modern,’ she said unapologetically. ‘When I arrived 30 years ago I think the wine was a little different. Now you have the oenologues who are doing the analyses but I don’t want to have all of the information.’ Ten years have passed since a chance encounter led Agnès to an interesting side project. Italian biodynamic winemaker Elisabetta Foradori introduced her to amphorae, and Agnès now makes two of her red wines in clay pots. While she respects tradition and continues to make spicy, full-bodied AOC Bandol wines, she believes that sometimes ‘it is better to get the wine out of the wood. In the case of Tour du Bon we need something fresh and wood is very dry’.

At Domaine de la Garenne the women do everything at the moment. The owner Béatrix de Balincourt takes care of the vines while Lucy Cawdrey is newly installed in the cellar. When Béatrix’s father fell ill in 2002, she had to decide whether to sell the family business or run it herself. She chose the latter. ‘Women need to be strong to prove to men that we know how to work and can do the same job as them.’ She added that wine has no gender, to which Lucy, who has just finished her oenological studies in Montpellier, nodded in agreement. At least half of her classmates were women and, while some members of the older generation still compare light, refreshing wines to young girls, Lucy says that her generation does not.

For some of the women I met in Bandol, winemaking was a career change. Pascale Charreton was an archaeologist for most of her professional life until she and a business partner decided to launch Domaine Antiane. The vines were planted in 2010 and at 1.5 hectares this is one of the smallest wineries in Bandol. While larger wineries can develop a house style, she cannot. ‘Each year,’ she smiles, ‘is a surprise’.

Laurence Minard studied medieval history for six years before pursuing her oenology studies, then meeting Paul Bunan. ‘He asked me if I had made wine before,’ she recalled. ‘I said not really, but I can try. He said okay. It was a great meeting and a nice experience.’ After eight years at Domaines Bunan she moved to Domaine Dupuy de Lôme, where she has been the winemaker since 2015. She is a thoughtful woman who spoke to me of George Sand and Jim Harrison and how these writers had been charmed by Bandol. She disagrees with the notion that women can add something to winemaking that men cannot because ‘for the new generation of men it is not a problem to be sensitive. Perhaps 20 years ago there was a difference because men wanted to have stronger wines. Today I think men are more sensitive. The most important thing is to make wines that people like. Strong and rustic wines are difficult to sell today.’

Meanwhile, at Domaines Bunan, Paul Bunan’s four children run the estate. Claire Bunan exudes energy and optimism, but is unconvinced that the French wine world has rid itself of sexist views. Journalists and producers continue to characterize rosé as a woman’s wine, to which she says flatly: ‘I don’t agree. I am a winemaker but also a customer and I know what I like. I like fresh wine: red, white or rosé.’

The wines at Domaine le Galantin are powerful, spicy and tannic. In 1999 Céline Devictor took over the winemaking duties from her father, and her brother Jérôme Pascal currently looks after the vines. Perhaps 20 years ago people would have called le Galantin’s reds masculine or brawny, but they are simply a reflection of the terroir depicted in the Provençal scene on their labels, in which a slender cypress towers over hillside vines under the baking sun. To me this is what her wine tastes like.

And in yet another variation, Domaine des Trois Filles is a family-owned winery run entirely by three sisters. Léonie, Justine and Audrey Arlon have been making the wine here since 2013. Audrey admitted that it can be a struggle to balance the demands of motherhood with winemaking when there are times, such as the harvest, that require one’s full and undivided attention. And yet, ‘from a physical point of view today, the evolution of the equipment allows us to force ourselves less, so we can do almost anything!’ After speaking with the vigneronnes in Bandol and tasting their wines, I can testify to the truth of this statement. 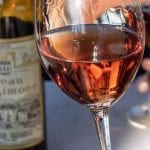 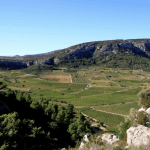 Love Them Doux – Why are Vins Doux Naturels so under-appreciated?
Join our newsletter