Why Super-Tuscans Have Fallen from Fashion | Académie du Vin Library

Why Super-Tuscans Have Fallen from Fashion

Once the undisputed darlings of the fine wine scene, the ultra-expensive, ultra-polished Super-Tuscans face a new challenge as the wine world's focus shifts to authenticity, says Walter Speller

In the 1980s, the wine world was in thrall to the Super-Tuscans. These pioneering Bordeaux blends took the market by storm, quickly commanding stratospheric prices. But while once hailed as a driving force behind the modernisation of Italian winemaking, today the Super-Tuscans are suffering an identity crisis.

By the early 2000s, the international market had become saturated with Super-Tuscans. Triggered by the predictable style of an ever-growing number of wines with names ending in ‘-aia’ (Lupicaia, Tassinaia, Greppicaia et al), a certain fatigue set in. At the same time, a growing appreciation of Italy’s indigenous varieties and a reappraisal of traditional ways of working in the vineyard and cellar was making these concentrated, deeply coloured, oaked red wines look out of sync.

Their loss of cachet coincided with the emergence of vini naturali, or natural wines, the authenticity of which – and their harnessing of indigenous varieties – reinvigorated jaded palates. Their radical (and at times faulty) style was in stark contrast to the formulaic Super-Tuscans, whose identity is derived not from origin but from a standard style, evidenced by the fact that the most famous of them come from Bolgheri, a hot coastal region of Tuscany where, historically, vines were never cultivated.

The great advantage of Bolgheri was that its climate guaranteed fully ripe grapes, while the ancient and aristocratic Tenuta San Guido lent an air of respectability to an area where previously only cattle had grazed. Vineyards were planted here for purely commercial reasons, with scant attention to the area’s long-term suitability in an era of climate change. If once the imperative was to bring in ripe, super-concentrated grapes to satisfy global demand for a particular style of wine, today the challenge is to retain acidity and keep the sugar in check, while protecting grapes from sunburn.

As the world gets warmer, the international appetite for lighter, fresher wines grows. Burgundy – the embodiment of elegance and truth to terroir – is in the ascendant. Indeed, it’s becoming so popular, there’s a risk we will become as infatuated with Burgundy as we once were with Bordeaux. Soon it will be Burgundy that sets the diktat of style. In Italy, the first signs are already there: a cousin of Nicolò Incisa della Rocchetta has bought 50ha (125 acres) northeast of Florence, in the northern part of the Casentino Valley, to be planted exclusively to Pinot Noir. Forty years ago, it would have been Cabernet Sauvignon and Merlot.

To regain relevance – and the attention of the international market – the new generation of Super-Tuscans must somehow begin to reflect origin, or terroir. But if terroir is the expression of origin in wine, and grape varieties are merely the messengers, how can Super-Tuscans be ‘terroir transmitters’? Burgundy aficionados, for example, would never accept a red wine made of anything other than Pinot Noir. Indigenous varieties are, rightly or wrongly, considered very much part of a wine’s identity. It is difficult for Super-Tuscans, which are still based largely on Bordeaux varieties, to overcome this dilemma. As a consequence, wines that are not up to scratch will fade, simply because they are formulaic and lacking in distinction, their existence motivated mostly by commercial gain.

Those newcomers that have required considerable investment in the past 20 years – such as Tenuta Argentiera, Campo alla Sughera and Podere Sapaio – have begun to move away from the standard formula by adopting organic and biodynamic viticulture. Both approaches take the focus away from the cellar and into the vineyard. Increasing yields in the vineyards and blending with local grapes that are better than overripe Bordeaux varieties at retaining acidity and increasing depth and complexity are also more common: up to 50% Sangiovese and 30% of other local varieties are now permitted in the Bolgheri Rosso DOC.

Of course, a wholesale move away from Cabernet Sauvignon and Merlot may create unwanted stylistic changes and upset the more traditional fine wine markets, where the big names are still in demand as investment assets. But in recent years, getting Cabernet Sauvignon’s tannins to ripen properly has become a real problem in increasingly hot vintages. Cabernet Franc – which more easily retains freshness and is less tannic – has begun to be favoured over Sauvignon, especially in Bolgheri. In the cellar, winemaking has become much more hands-off; the use of natural yeast is now widespread, and little new oak is used in the ageing of the wines. There’s a good deal more experimentation with vessels for ageing, too: amphorae, for example, have further revealed aspects of the wines that would have otherwise remained unnoticed. (Podere Sapaio experiments with amphorae, while since 2013, Tignanello is no longer aged in barrique but in 500-litre tonneaux.) Partial or whole-bunch fermentation can add extra lift and depth, increasing aroma, freshness, elegance and complexity.

In the best cases, such approaches are fundamental to creating wines with integrity, if not identity.

This is a shortened version of a more in-depth article by Walter Speller, complete with recommendations of his ten top Super-Tuscans to lay down, that appears in the current issue of Club Oenologique. Learn more and get your issue here.

Walter Speller is the Italian specialist at JancisRobinson.com, where he reports on Italian wine, drawing in cultural, historic and socio-economic aspects. A contributing editor to The World Atlas of Wine and The Oxford Companion to Wine, Speller is obsessed with reporting on rare local grapes and denominations on the brink of extinction.

Walter Speller is the Italian specialist at JancisRobinson.com, where he reports on Italian wine, drawing in cultural, historic and socio-economic aspects. A contributing editor to The World Atlas of Wine and The Oxford Companion to Wine, Speller is obsessed with reporting on rare local grapes and denominations on the brink of extinction. 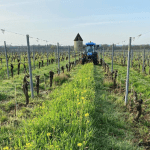