When you’re on the island of La Palma, there will be at least one moment in every day when the scenery around you strikes you dumb. I felt this even after four months of being there this year. But sublime as the landscape may be, for the island’s winegrowers the reality is tough.

The problems are both social and climatic. The most readily apparent problem this year – just as it has been for many of the 10–15 years prior – was a lack of rain. In Fuencaliente in the south where, thanks to Victoria Torres’ generous help, I made my 2019 Listán Blanco, I still recall the sight of many old rastras vines (‘crawling’ vines, trained low to avoid wind damage) that were either pitifully underdeveloped or that bore no fruit.

Whether in the winegrowing regions of the south (principally Fuencaliente, Mazo and Breña) or the north (Tijirafe, Puntagorda and Garafía), the vines suffered. Naturally this meant 2019 yields were very low. A good year in La Palma can yield as much as 1,600,000kg of grapes. This year, it was more like 650,000kg.

Rainfall stats have been falling in the south of the island for years. According to the consejo regulador, average rainfall is now around 150mm per year (regions with less than 250mm are classed as deserts). Many vines just don’t have enough water to survive the year. So critical has the situation become, Viki believes that in certain historically dry-farmed areas, like Las Machuqueras, her prized plot of old (average 100 years) Listán Blanco vines next to the Teneguía volcano, irrigation has become a necessity.

Just as critical for the island’s wine future are demographic changes. The growers are getting older. Viki recently purchased a vineyard plot in El Tión, at 1,100m above sea level in Fuencaliente, from a 90-year old man who had been farming right up until the age of 88. As these veterans retire, there are fewer and fewer people there to replace them.

‘The main problem is this lack of a generational link,’ Viki explains. ‘There is a lack of people with the necessary knowledge of the culture, with a deep understanding of the land. That for me is the biggest thing.

‘Of course, this gap shows the current generation does not value countryside culture or agriculture. It’s not only that a father will not encourage his children to follow him, but he will consciously push them in a different direction.’

For years now, this has fostered a situation in which vineyards are simply abandoned. Particularly in the south, the volcanic slopes bear the scars of such abandonment. From Los Llanos Negros, next to the volcanoes of San Antonio and Teneguía, you can scan right to left and see the contours of abandoned vineyard terraces stretching several kilometres north.

Vineyards were planted all along this part of the coast for centuries – right up to the 1960s. It was around this time that a major irrigation system was built, carrying water from the north of the island to the south for the first time. From then up until the mid-70s, the Spanish government provided money for agricultural development on La Palma. People snapped up these readily available funds, but switched to more profitable crops, like bananas. Traditional farming practices were lost and the low-input, low-skilled work of banana cultivation became the norm. The consejo regulador estimates that 70% of vineyards in the south were lost.

The manufactured consensus is that bananas are critically important to La Palma’s economy in a way that viticulture is not. The island produces one third of all bananas in the Canaries and there’s a powerful lobby for the industry. By contrast, viticulture faces a constant struggle.

‘Right now, agriculture is either seen as an intensive thing or it is abandoned – and there is no space for anything in between,’ Viki says.

‘We need to build up the area so that it can be economically sustainable for a number of people. It’s a complex thing that takes lots of time and lots of work, and, in this case, political decisions about whether we are willing to support a historical landscape like this.’

La Palma is an extraordinary place – a UNESCO Biosphere Reserve no less. But no protection exists for its fragile wine industry. When you consider that regions like Pico Island in the Azores and Pantelleria in the Strait of Sicily have been declared UNESCO wine heritage sites, you do wonder why an island like La Palma hasn’t been given the same status – and protection. There is much work to be done. And the urgency of the task is becoming ever more apparent.

Darren Smith was with Victoria Torres in La Palma for his new project, ‘The Finest Wines Available to Humanity’, launching February-March 2020. The wine he made is a Listán Blanco-Albillo Criollo blend from volcanic picon soils in the south of La Palma. He will be selling this to private and selected on-trade customers in the UK next year. Victoria (Viki) runs her family winery Bodega Matias I Torres and is widely regarded as one of the best winemakers on La Palma. (She is not related to Miguel Torres.)

Darren Smith is a freelance wine writer. After several years of writing about wine and tiptoeing around the idea of winemaking, last year he decided to launch his own ‘gypsy winemaking’ project – called The Finest Wines Available to Humanity (TFWATH). 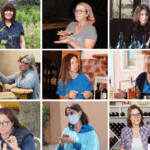 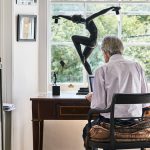