Ten years on, will the 2020 vintage, alongside 2019 and 2018, make it another golden treble for Bordeaux, emulating 2010, 2009 and 2008? The buzz from Bordeaux is upbeat, bar the decline in volume, but with the wines as yet unsampled there are still questions to be answered regarding style, balance and consistency. And outside the qualitative aspect, what will the producers decide on price and will market interest be stirred?

Like 2018, 2020 provided an early vintage and with a wet spring, hot, dry summer and warm, dry harvest (until late September) weather conditions similar to those of both 2018 and 2019. Abundant rain fell in the winter months and again in March, April and May, meaning water tables were replenished everywhere. A window of clement weather around mid-May allowed for a successful flowering, nearly a month ahead of 2019 thanks to early budbreak. But as in 2018, the pressure from downy mildew was high, one of the reasons for a fall in volume. Hail on 17th April in the northern Entre-Deux-Mers and parts of St-Emilion and the Côtes provided another.

The summer months were hot and dry, July the driest since 1959. Rain fell sporadically in August in the form of thunderstorms, the Left Bank receiving more than the Right Bank, giving some relief from the heat and drought and allowing the ripening process to continue. Some areas were again caught by hail, notably the Graves. The hot, dry weather continued through September until 19th when a period of rainy weather ensued until 28th. A window of three days of fine weather followed before heavier rain in October by which time the red harvest was practically over.

In terms of harvest dates the dry whites were picked from around 17th August into the first week in September (Haut-Brion and La Mission Haut-Brion had finished by 28th August) when the days were sunny and nights cool. The Merlot harvest was in full swing by 14th September so mostly completed in hot, dry weather, the Cabernet Sauvignon picked mainly from 21st September so here there was a question of picking before or after the rain. The heart of the Sauternes vintage was picked between the 7th and 14th October.

With a total of 4.4 million hectolitres, volume in 2020 was down overall by 10 percent on 2019 and 2018 as well as on the 10-year average. It varies by appellation and individual château but mildew, hail and small berries with less juice due to the heat and drought were the primary causes.

As to the quality of the reds, this is clearly a rich, ripe, dare I say solar vintage with deep colour, high alcohol and powerful tannins. Winemakers will have had to go easy on extraction and on the use of press wine. Herbaceous notes are absent but with acidities the lowest seen in recent years the leading question will be over freshness and balance. Undoubtedly, the potential is there but expect some variability. The dry whites look more consistent and there is a tiny volume of pure but not super-concentrated Sauternes.

As to pricing, at this stage it is anybody’s guess but with volumes down and last year’s decrease of up to 25 percent for the 2019s compared to the 2018s, it’s difficult to see there won’t be some sort of adjustment upwards. Much will depend on the feedback from the primeurs tastings and the general market mood in these covid-troubled days. The hope is that, come what may, prices remain sensible.

In the upcoming weeks, we’ll keep you updated about the quality and character of new vintage – and the prices we can expect to pay – on our social media. 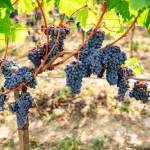 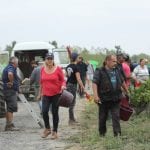 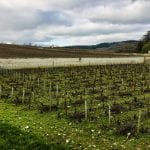 Burgundy in the time of Covid