History repeats itself, we are told. If this were true for wine, however, we would immediately lose the magic that captures our imagination and keeps us coming back year after year to taste wines made in special places to debate their subtle differences. If the essence of ‘terroir’ is uniqueness, and the key to ‘greatness’, terroir, it is perhaps surprising that so many have sought to imitate styles and grand character, thousands of miles away from the original source.

On paper, the recent history of California fine wine could be portrayed as a series of franchises and sequels rather than a story unto itself: ‘Bordeaux Part 2 – The Napa Avengers’, ‘Burgundy Episode 2 – Pacific Pinot’, ‘Back to the Future of Rhône II – Côtes du Paso’. If imitation is the sincerest form of flattery, California has outdone itself in the charm stakes. And yet, for all the familiarity and overt signs of copycat activity in some of California’s finest vineyards and cellars, what is clear is that in emulating eminence, many achieve a distinction far beyond.

The Dierbergs in Santa Barbara and the Perrin and Haas families of Tablas Creek Winery in Paso Robles have each spent many years and considerable resources searching for just the ‘right’ environment in which to pay homage to an original place and traditional style. Each of their stories is compelling. Theirs has been a true respect for Bordeaux, Burgundy and the Rhône. The authenticity of their experience and passion for single varieties and blends, turned classics over time in Europe, led to discovery and investment in specific tracts of land on the Central Coast. What followed was the graft and grind of establishing vineyards, building wineries and finding the winemakers to take on the complex task of bringing ambition to fruition.

Rather than limiting their zeal to their own trade, the Haas family established a business selling clones and vine material imported from the Rhône to the wider Paso wine country, further cementing their belief that this special piece of California land is noble territory, worthy of papal blessing. Tyler Thomas, president/winemaker at Dierberg Vineyards since 2013, speaks eloquently of their ‘site-driven estate wines’. Theirs is an ongoing journey in the revelation of specific variety and vineyard capability, through trials and single block cuvées. This is by no means rare in the world of fine wine, but it inevitably means the resulting wines may transcend, or indeed fall short of, any original model. Tasting the Dierberg and Tablas Creek wines is both a lesson in tangible nuance and in the intangible, but no less real, concept of potential. It is never a masterclass in Bordeaux, Burgundy, nor the Rhône.

In contrast, Opus One in the Napa Valley, released its first vintage in 1979 with no estate, no vineyard and no winery. The partnership between Robert Mondavi and Baron Philippe de Rothschild was based on the desire to chase an ideal. Putting the cart before the horse was a bold move, but it was an approach entirely suited to reaching a nation enthralled by brands. The estate has undoubtedly arrived, now, at the place it was heading, owning and planting the vineyards that surround the iconic winery, with no time lost in between. The original desire to make a California First Growth is universally acknowledged as having been achieved.

More profound, however, and of arguably greater benefit to the fine wine world, is that the challenges of making wine in Napa and on the Central Coast, as well as the advantages that the myriad soil types and microclimates provide, has given us a range of wines and vintages that translate those valleys specifically to vinous form, with no more than a passing resemblance to Bordeaux, the Rhône and Burgundy. The wines, and we, are the better for it. They ground the taster right where they are grown, floor the drinker with their precision and absolute quality, and fundamentally create rather than emulate greatness.

Clare Tooley MW lives and works in California, sourcing wine for national wine clubs. She began a life studying wine in London before moving to Bordeaux and then the United States, where she became a Master of Wine in February 2021.
Clare is a contributor to our new book, On California, From Napa to Nebbiolo… Wine Tales from the Golden State, published this October. 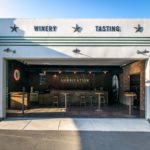 California Wine: It’s All a Dream 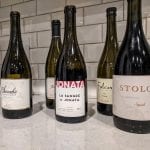