I love a sunburnt country,

A land of sweeping plains,

Of droughts and flooding rains.

I love her far horizons,

Her beauty and her terror –

The wide brown land for me!

Corrupted by years of travel between the UK and Australia, my circadian rhythms no longer oscillate but gently wobble from one hemisphere to another, leaving me with irregular sleep patterns wherever I travel. It seems a small price to pay for a career that many would envy – as nature draws its veil over a northern hemisphere autumn, beckoning forth months of cold and dark, I’m fortunate to head for the far horizons and sunburnt country that Dorothea Mackellar described in ‘My Country’.

On the 20th December 2019, I was awake early, UK time, my brain processing snippets of world news gleaned while drifting in and out of sleep. My phone alerted me to an inbox urgent with emails, updates and terrified tweets. There was a fire in the Adelaide Hills – the home of our winery. Evacuated at 10am, the fire front heading straight for it, a wind change spared it, but engulfed many of our friends’ properties.

Stories of the hardship and devastation caused by those fires are, of course, not restricted to those involved in wine, the fires are indiscriminate and the intensity has taken all areas of the community by surprise. As if it were needed, it’s been a harsh wake up call for all those either ambivalent or in denial of the not so subtle creep of climate change.

Appropriately enough for a country where mining is the dominant export earner, Australia is widely seen as the canary in the coalmine when it comes to climate change. Such is the ferocity of this ‘wide brown land’ that even limited changes can precipitate untold damage.

Australia’s most iconic attraction, the Great Barrier Reef, has been in existence for 500,000 years, with its most modern form being 8,000 years old. And yet, in the space of two years (2016/17) up to half of the world’s largest reef system was either bleached or died as a result of a marine heatwave.

The most recent fires, still ongoing in New South Wales and Victoria, are almost unprecedented in their ferocity and intensity, if not in their ability to kill. Entire species may well now be functionally extinct. And, while there is considerable debate over why they have been so fierce and why so little has been done to prevent or to tackle them, in the background, the looming reality is climate change.

The weather conditions this year have been favourable for extreme fires. No surprise there. Climatologists forecast that the Indian Ocean Dipole would cause warmer temperatures and little rain over Eastern Australia many months before the fires hit. Extreme warming of the air temperature above Antarctica was also posited as another factor in why this fire season would be earlier and harsher than normal. The extended drought in the eastern states has also meant that the time period in which it was safe to perform hazard reducing burn-offs has reduced, increasing the fuel load available to uncontrolled fires.

Fire chiefs warned Australian PM, Scott Morrison, that the coming fire season could be disastrous for all these reasons and yet little decisive action was taken – with catastrophic results.

Can the wine industry learn anything from this? We too have been given due warning courtesy of the alarming statistics about the suitability of classic regions for grape growing should the worst climate forecasts come true. As ideal terroirs for growing grapes assume the locations previously classified as marginal, today’s warm climates will become untenable. But, just as the current fires cannot elicit an immediate response to move away from fossil fuels, the wine industry’s move away from a reliance on ‘noble’ varieties will be similarly gradual.

In South Australia’s Riverland, grape growers are well versed in how to deal with heat-waves, the approach is heavily reliant on significant water usage before, during and after. With water resources becoming ever scarcer, grape growers are going to have to prioritize where to use the water.

Ashley Ratcliff, owner of Ricca Terra Farms is at the vanguard of change: ‘Our decision has been not to waste water on grape varieties that we feel are economically and environmentally unviable.’ Varieties, such as Chardonnay, where the grape price is subdued, have to be grown at extremely high yields in order to just cover costs of more expensive water and higher input costs.

The solution, according to Ratcliff is to plant varieties more suited to the region and combine them with the correct rootstock.

The results have been impressive. ‘On average, we have found that the Nero d’Avola-Ruggeri rootstock combination uses 50–60% less water than the French grape varieties planted at our farm.’

More impressive still is that the commercial break-even point for varieties such as Nero is at much lower yields than the traditional varieties and thus quality is very high. As a result, interest from quality winemakers is growing. That many of the wines made from the ‘alternatives’ are youthful, attractive and ideally suited to the culture and food of Australia is more than a happy coincidence and it represents a significant opportunity for commercially viable change.

The temptation, especially for those wishing to hold on to political positions, is to delay discussions about the future to until after the immediate crisis has passed. Ignoring the obvious bloviation from those in power, history suggests that these lessons are not learned and they are not acted upon, something that, in the face of overwhelming evidence, should now be seen as criminal. Immediate measures to strengthen the fire response seem obvious. A mid term plan to mitigate the effects of Australia’s reliance on coal is essential. While long term, Australians might seek to do what they do best: bounce back and re-invent their economy to one more in tune with the sustainability of this Lucky Country.

The fee for this article will be donated to the victims of the fires. SA Bushfire Appeal 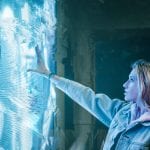